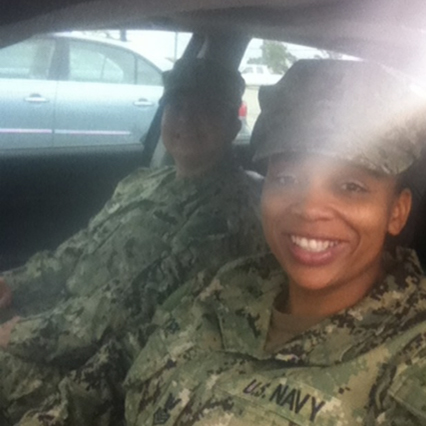 Ivy: I joined the United States Navy Reserves in 2002.

How long did you serve for?

What was your role in the military vs. what are you doing now?

Ivy: I was a YN1. It is an E6. The rate is Yeoman. I was the secretary for senior leadership. I talked less in the military than I do now as a recruiter ?

What did you learn during your time serving?

Ivy: I learned that we are blessed to live in such a great country after going to Iraq from 2008 – 2009. I am a proud American and literally kissed the ground upon my return. I was a part of a Military Customs Border Patrol Unit in Balad. I acted as a Customs Border Patrol Agent. I was also the liaison for our Unit in the TOC. I worked directly with the Air Force, Marines, Coast Guard and Army. We all joined together to ensure the proper steps were taken to return equipment, deceased service members and entire brigades back the United States. We traditionally joked and laughed at other military branches, but we were all one team in every moment of adversity and success. This taught me that people are able to adapt and it is a privilege to serve my country. 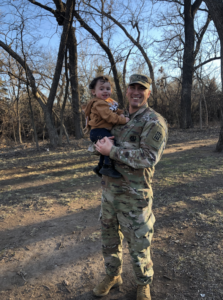 How did you hear about AEVEX?

Ivy: My last remote position ended due to contract loss. My husband is stationed at FT. Bragg. As a military spouse, I was seeking a new opportunity that supported the military/federal contracts. I also wanted to work for a company that understands the military family dynamic. I noticed that AEVEX was hiring in Fayetteville and the position was similar to my skills. The interview questions and PI was a great experience. I was excited to be selected as a part of the team. I have been here less than a year.

How does AEVEX utilize your skill set and help you succeed in your role?

Ivy: My manager encourages me to share my compliance knowledge from past experience as a Recruiter supporting Federal Contracts for over 10 years.

How does AEVEX empower you and veterans like you?

Ivy: AEVEX has empowered me to be the best version of myself and embrace my military roots and training daily.

How did AEVEX help your transition from military work to civilian work?

Ivy: The structure here at AEVEX is very clear and easy to follow as a new employee.

Do you have any advice to fellow veterans about working in the civilian field?

Ivy: Select AEVEX Aerospace as your next opportunity! This company is mission focused and provides a healthy culture that is easy to transition into as a new employee.